How those who seek power communicate with the masses…

As we move, thankfully, towards the climax of the general election most of us will have noticed that this election has mobilised media like never before. Only today (Friday 2nd June) both Teresa May and Jeremy Corbyn took part in Snapchat Live events – the impact of which is either excitingly ‘modern’, or simply excruciating, depending upon your point of view.

As we have seen with the recent French and US elections, social media is at the vanguard of candidates’ attempt to connect with their supporters, both current and potential. President Trump has, since his election, continued to use Twitter to circumvent the traditional media channels, seeing it as his most effective way to by-pass a hostile White House Press Corp, and the wider media at large. 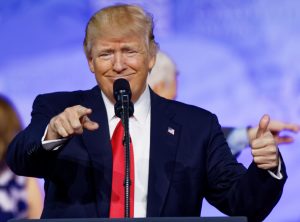 Prior to the arrival of the web, how did candidates come up with innovative ways to connect with the public? In the election of 1992 John Major unexpectedly triumphed against the odds – his use of a simple ‘soapbox’ in the streets was an old and gimmick-free method of interaction, and one that contrasted strongly with the infamous ‘Sheffield Rally’ of his Labour opponent.

The campaign rally, of course, is perhaps one of the most overt approaches. There the candidate is surrounded by their supporters. The atmosphere can be chosen to suit the mood and the backdrop can be picked. There is always a risk that a subversive interlocur can gain access covertly and disrupt proceedings, but watch your doorways a you should be ok and safely on the way towards successful media management.

Way back in history other methods were used. Upon his accession to the English throne in 1603 James I despatched couriers the length and breadth of England – their purpose to deliver and show to the people the portrait of their new King, which was then hung in guildhalls all around as a constant reminder of the authority and identity of the crown.

What will would-be prime ministers and presidents use in the future? And for those that cringe at the thought of encountering politicians, how on earth will you be able to avoid them?