It’s all about the hashtag.

As the Twitter hashtag turns 10 years old, I’ve been taking a look at the purpose of a hashtag on social media and how we should be using them. 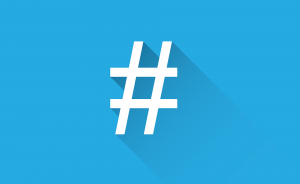 Why use a hashtag?

Hashtags are conversation drivers – they’re designed to link users to others who are interested in or talking about the same topic. By clicking on a hashtag on Twitter, Facebook or Instagram, you’ll be taken to a whole host of other posts which also include that hashtag. When you include a hashtag in a post, your visibility is greatly increased and it’s one of the only ways to increase your reach to others outside your own audience without having to invest in paid for content.

I’m often asked this question and the jury is still out. Again, hashtags on Facebook are designed to link you to other users and in theory should make you more visible. However, hashtags only really work if the audience understand the purpose of them and I don’t think this is the case on Facebook.

If you’re using a specific hashtag for a campaign which has been rolled out across other social platforms, it makes sense to use the hashtag on Facebook to show brand unity.

Using hashtags will not be the key to your Facebook success but there’s nothing to lose by including the occasional #MondayMotivation.

When used correctly, hashtags can be really worthwhile so here are a few tips:

Happy Birthday Twitter hashtags. Now it’s your turn to go out and use them.