Let’s be clear about traditional media

I have lost cou 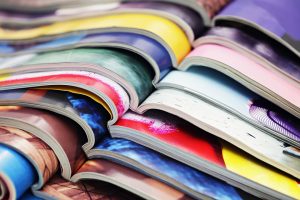 nt of the number of emails I get every day selling me training, apps, new software or agency services. All of these relate to digital marketing. I like to receive some of these and have taken courses and read some very good and insightful articles, too.

On top of this is the rush towards Big Data. I am certianly not standing in the way and firmly believe in its value. But in a, dare I say, measured way.

However, I think Shakespeare was prescient when he wrote in the Scottish play that life ‘is a tale told by an idiot, full of sound and fury, signifying nothing’. In many ways, the same can be said of so much social media, which, of course, dominates so much of marketing professionals and agency thinking.

My point is that by focusing on the digital marketing channels, one can lose sight that traditional media does still count. The relationship one has with a newspaper, a magazine or a radio station is invested in different equities than with Twitter, Facebook for Google. Years ago, Bauer made the point that readers of their titles saw their magazine as a trusted friend. Having worked for the UK’s largest commercial radio group, the same can be said for radio. With regard to newspapers, journalists either have their own brand and/or enjoy the halo effect of the news brand they work for. This invests a level of trust and gravitas, as they are professionals doing a professionals job. They get fired if they run stories which don’t stand up or are in breach of legal standards. ‘Don’t believe what you read in the newspapers’ should be replaced by ‘don’t believe what you see online’. Therein lies ‘fake news’.

In summary, all eggs in the digital basket is unlikely to be as effective a strategy as a fully integrated campaign using on and offline.